Trooper was found one night in the shadows resting his broken and infected leg.  His angel not only rescued him but fostered him following his treatment – thank you John!

Trooper was taken to Parkview Pet Centre where he was treated by Dr Joemel.  Trooper was given some antibiotics and had his wound flushed, with all the dirt and gore removed it was noticed that Trooper had a large swelling to the right of the puncture – this was tested for bacteria but luckily it turned out to be negative. What this means is that the swelling is indeed due to a haematoma  and with rest and relaxation - and of course the right medicines - the swelling should go down as it heals.

Dr Joemel was please to discover that Trooper still had feeling and blood flow to his entire leg!

Trooper has X-rays taken, where it was confirmed that the tibia had pierced the flesh and protruded from Trooper’s leg.

It is thought that Trooper sustained his injury from a car accident and that his wound had been left untreated for days. 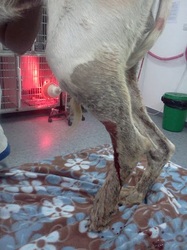 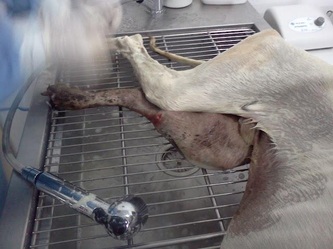 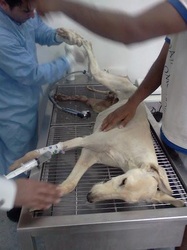 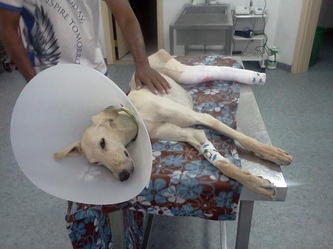 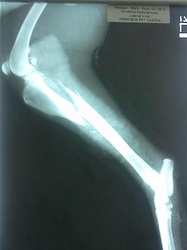 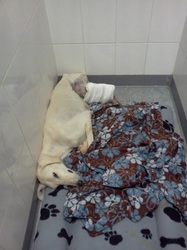 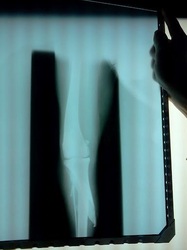 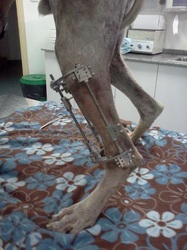 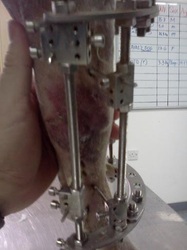 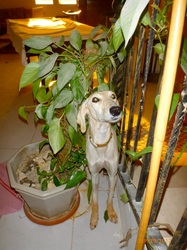 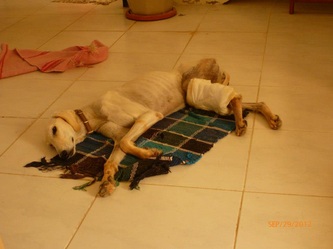 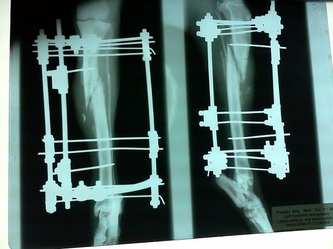 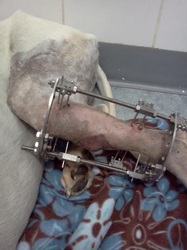 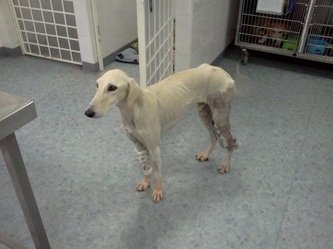 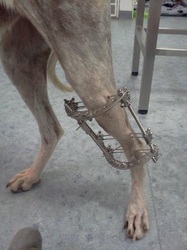 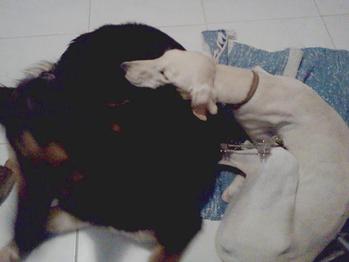 
Trooper who has now been adopted by the fabulous John T is seen here snuggling up to his new sibling Syrah.  They are getting along really well - very chummy now.  Here they are, taking a nap at John's feet while; this really sums up their personalities.  Trooper's chilling out, just hanging around, while Syrah's a blur, unable to keep still.....


We at DiD just LOVE happy endings - keep us dated John and look forward to more pictures of Trooper! 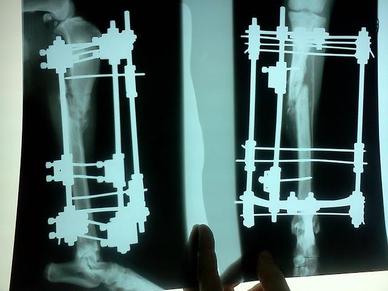 
John (adopter) gave us an update on Trooper


'Trooper's bones are mending very well - he visited Parkview Pet Center today for a check up & checked into his favourite stall for the day. He should hopefully be off the brace & pins in a month, inshallah - if can keep him from being too active as his leg strengthens! He's building some muscle mass, although I do jokingly still call him 'boney' every once & a while!'

'As of yesterday his weight's up to 22.4 kg - that's from 19.5 a little over a month ago. he's building muscle mass and the bone chip that we thought would work its way out, causing a reopening of his wound, has actually worked its way back in and is being absorbed/subsumed into the new bone. 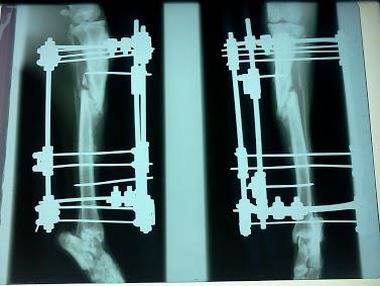 An update on Trooper from John (adopter) on 7th December 2012

I've been trying to get this posted since yesterday, but, well....

On Thursday I brought him back to Parkview Pet Center for a bit of a social visit & to check up on his leg; you can see the results below, but let me pass on Dr. Joemel's diagnosis & interpretation of the Xray.

The healing is going very well, but there is still a definite line in the bone along the main path of the fracture, so Trooper will need to wear his brace for another month. Dr. Joemel adjusted the brace to introduce 3mm of compression, too, which will hopefully speed up the recovery. This seemed to ache a bit the first day Trooper was back, but he's showing no indication of discomfort today; if anything he's a bit more active than I expected!

Although four months sounds long, all you have to do is browse back thru the early shots in the album to see how rough of shape Trooper was in when Parag Parelkar and I found him. Dr. Joemel also mentioned that it is common in this situation to have to wear such a traction/compression brace for five months, so the Trooper's living up to his name - what a fast healer!

So, to sum it up, all's well with us - thank you to those who expressed their concern!

PS ~ Oh, almost forgot - since getting back from Parkview, Trooper's been a lot more expressive and a lot less whiny; I guess he remembers what he went through, and he was very happy to see me come back and take him home. I think he's begun to realize that this is a forever home, and that realization seems to have calmed him down quite a bit!

Watch this space for more updates on Trooper!